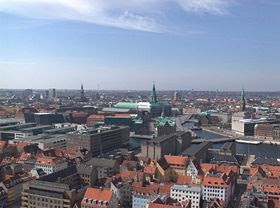 On Dec. 7, President Obama is going to Copenhagen to try to get world leaders to agree on an international plan to reduce global warming pollution.

To convince the world to join us in tackling global warming, we need to lead by example and make sure the United States is putting its money where its mouth is.

You can help the president strengthen his position before historic international negotiations begin on a new treaty to curb global warming.

Click here to send an email urging Sens. Chuck Schumer and Kirsten Gillibrand to support the passage of a strong clean energy and climate change bill, so we can show the rest of the world America means business.

The clock is ticking. If Obama succeeds in Copenhagen, America will help speed the transformation to a world powered by clean energy — the key to meeting the challenge of global warming.

Yet, as we know all too well by now, more than a few powerful people and corporations want the president to fail, including:

* Don Blankenship, the president of Massey Coal, the fourth largest coal company in the country, who urges Americans to “Turn on more lights, burn more coal.” [1]

* Sen. James Inhofe, the man who has called man-made global warming “probably the greatest hoax ever perpetrated on the American people” and who plans to travel to Copenhagen as “a one-man truth squad.” [2]

* The U.S. Chamber of Commerce, which, flying in the face of a broad scientific consensus, called this summer to put climate science itself on trial — in what they hoped would be “the Scopes monkey trial of the 21st century.” [3]

We’ve wasted precious time as the United States has shirked our responsibilities on energy and global warming. It’s time to reclaim our future, and now we have a president willing to fight for real solutions. Yet for President Obama to succeed, he needs to show the world that America is willing to lead with more than just words.

That’s where you come in. Last week, Sens. John Kerry and Barbara Boxer introduced the Clean Energy Jobs and American Power Act. We need Sens. Schumer and Gillibrand to stand with the president and support this bill before he leaves for Copenhagen. It will make America more energy independent, put thousands of New York residents to work in jobs that can’t be shipped overseas, and protect our planet’s future.

The bill is only one step in the right direction, but it’s a big step and it’s an improvement on the House bill that passed with our support in June. It includes deeper cuts in carbon pollution and no strings to tie the EPA’s hand in cleaning up old, dirty power plants and other big carbon polluters.

Don Blankenship, James Inhofe, the Chamber of Commerce, Big Oil and others are desperate to stop us. They know how important this vote is. As the European Commission‘s ambassador to the United States put it: “Is the U.S. Senate really expecting all the other countries to make a serious effort on climate change . . . in the absence of a clear commitment from the United States?” [4]

If you’re not in the Empire State, click here for a list of senators and how to contact them. Read this to see where you senators stand in the climate change debate.