During lunch earlier, we talked about recyclable or recycled placemats. My sister and I had set our plates down on a couple of pieces of paper towel–which we turned into a multipurpose makeshift placemat–to soak up the sauce that had sloshed out on its way from the restaurant to our house); we tore out bits of that paper towel when we needed extra space for a piece of bread. and that prompted the discussion about placemats. So I had to look up some spiffy green placemats and here’s what I found.

Ecoist has a silver placemat made from candy wrappers. The placemat comes in a set of four and sells for $68. Probably a little steeper than your average placemat, but it supports a good cause and it’s eco-friendly, too! I particularly like the color and the shiny appearance of this one. Can you imagine how it would look against dark tablecloths? 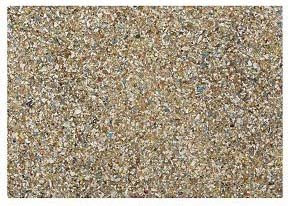 CB2, Crate & Barrel’s sister store, offers a recycled placemat made out of shredded juice and milk boxes, which is also water-resistant. It costs $6.95, which isn’t bad at all, I reckon. The placemat also looks pretty sturdy and eye-catching. Given the materials with which it’s made, I’m not surprised that each placemat has a unique appearance.

Sol Mesz created this placemat out of recycled glass, making it seem more like a tray than a placemat, plus it has a separate area for silverware. At least any soaks and spills can be easily wiped off, though. The catch? One of these placemats will cost you $42.